The Samsung Galaxy Note Edge is the first Smartphone with the unique curved design you surely have not seen it before.

The curve’s touch screen is placed on the right side of the phone edge. The previous Samsung’s galaxy note which was launched in 2011 has the screen of 5.3 inches. Now, today, Samsung has announced the Galaxy Note Edge with the out-standing display of 5.7 inches. On the right hand side, which is a curved area, is the place where the icons of notification, dialer, contact list, web browser and the camera appears.

The invention of Samsung Galaxy Note Edge was announced at the IFA trade show in Berlin. 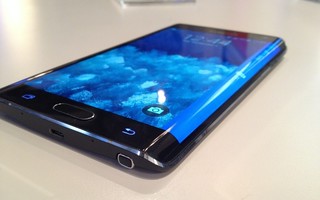 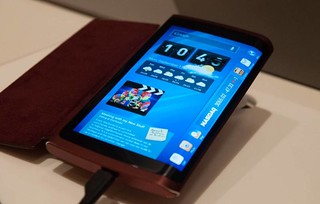 The side-screen of Edge also provides the different sort of variety app, like, the daily sport scores by the yahoo sports, latest daily news by Yahoo news app, Facebook and Twitter updates and all the similar things. With the phone lock screen, the side curve screen can quickly display the info, like, time and notifications and you can also access to the app shortcuts, such as, if you want to use flashlight, timer, ruler and voice notes. It really works surprisingly on the curved side. The camera and video player also put their control on the same curved side of screen to access rapidly.

It has QHD AMOLED display with the resolution of 2560 X 1440 pixels. The battery life is amazingly long lasting as compare to the previous phones but it is smaller in size. The back side of the phone is textured with the plastic structure; you can easily remove it for the access of memory card, Sim card and battery.

They are producing high resolution screens in order to see the superb changes in images, movies and videos. It has 16 mega pixels auto-focus camera, long lasting saving features and high battery saving mode.

Marium Malick is a very skilled and competent content writer at Gadgets Informer. She has written many articles on different topics but her main focus is to write about Technology related stuff.
You might also like
smartphonelatest electronic gadgetsnew technology gadgetsNews
Moto X Play Smartphone
New Battery Can Charge Your Smartphones in 6 Minutes
Calling Feature of WhatsApp for BlackBerry 10 is Now Officially Available
Intex Aqua Power Plus with 4000 mAh battery launched for Rs. 8999
HTC First Mid-Range “DESIRE 526G+” Dual-SIM Smartphone Review:
New SmartTalk App Will Cut Your Mobile Phone Bill…!
Be the first to comment!
Leave a reply »