16
Hacker Leakes Sensitive Data from HBO Server
Metal Fuel the Clean Fuel of the Future
Regi Robo – An Automated Robotic Checkout System
How To Speed Up Windows 10 With Three Most Easy Methods
Moto X Play Smartphone
Facebook Seeks Patent that Could Assign Fingerprints to Cameras
How to Download Videos from YouTube?
Top 5 File Sharing Sites to Send Large Files
Microsoft has Developed its Cloud-Based Services: Azure Cloud Switch (ACS)
Top 5 Interesting Facebook Facts You Must Know About
Most Downloaded Chrome Extensions Of 2015
Facebook is Officially Working on a Dislike Button
WhatsApp Needs Only 50 Engineers To Manage Their 900 Million Users
How to Secure Wireless Connection and Prevent Stealing of WiFi?
Canon Develops a New Sensor that can Read Material on an Airplane
Sony Warns its Users Not to Take Waterproof Xperia Smartphones Underwater
NAV
NAV
TOP 10
All Time
1
How to Merge SD Card Partition with Internal Memory: Android
2
Firmware Upgradation Trick for Samsung C6712 Star II DUOS
3
How to Move Apps to SD Card without Root
4
Most Downloaded Chrome Extensions Of 2015
5
How to enable USB debugging mode
6
Change Windows 8 Start Menu with Old Classic
7
Regi Robo – An Automated Robotic Checkout System
8
Step by step procedure of installing android OS on Personal Computer
9
How to Download Videos from YouTube?
10
Top 5 Interesting Facebook Facts You Must Know About
previous
Google Finally Shuts Down Its First Social Network Site ORKUT
random
next
Cameras to Save Lives on the Beach of Sydney Bondi Beach
880 views 1 like 0 comments

Windows 10 Unveiled with All New Features

The new Windows Operating System is around us which is called “Windows 10“. It could be easily install on your desktop and laptops. At an event, held in San Francisco, the Microsoft’s head of operating system, Terry Myerson said that: “Windows 10 will be available from 29 July 2015 in almost 190 markets globally and that will be our greatest enterprise platform ever”.

The Windows 10 can run on different types of devices. It has two models; one is optimized, for the touch-devices and the other one is for PCs using mouse and keyboards. The Windows 10 has developed user IDs for the customers as they can use to access the device, apps and sites too.

The Windows 10 are handful with new wonderful features that you’ll surely like. The desktop mode much resembles with Windows 7, one of the best Windows Operating System by Microsoft. Let’s take a look on some of the most interesting features that you should know about the new Microsoft OS.

Windows 10 also shows the start up menu in the left lower side of desktop same as in Windows 7. But, the right side of the menu shows with Metro-liked live tiles. The left side of the start menu will also take Micro-like look too. 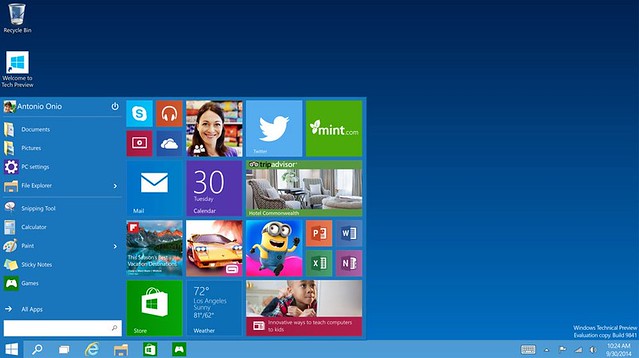 You will have the option of using Virtual desktop in this new windows 10. Which means; Microsoft has added the virtual desktop features for enterprise and power users in the new operating system. It also lets you toggle between many desktops according to your comfortability. This is a very powerful feature that is available on some Linux operating system manager and via third-party window tools but now it is available on the latest windows 10. 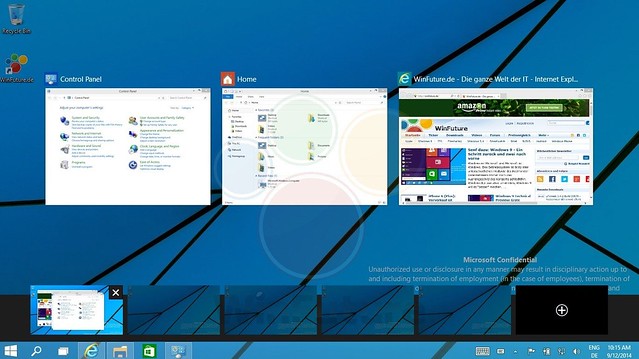 Now, you are not forced to use full-screen Metro window because the new Windows 10 will let you run Metro apps in a separate window. These apps will be appearing as in the form of icon to show more detailed options over there. 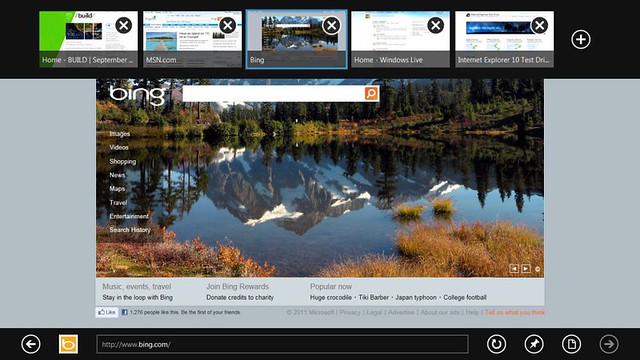 You will see the new Task button (Alt-Tab) that will pop up the task view interface for improving multi-tasking. 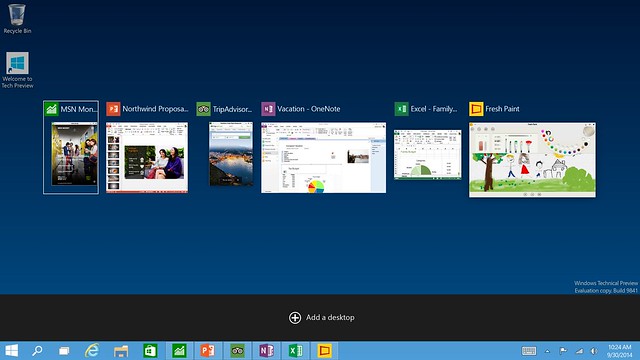 This would be called as one of the most interesting feature of Windows 10. It is for Microsoft’s 2 in 1 devices that can change the mode in case of the device detects and no keyboard is attached. 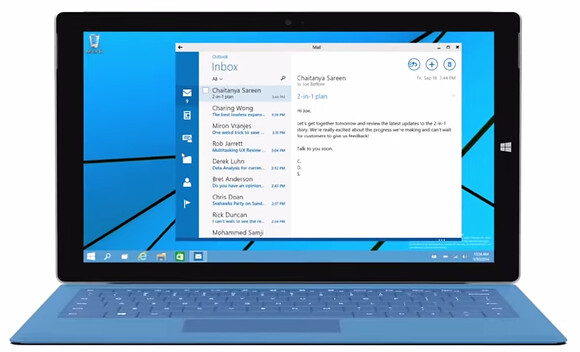 You will also find there an improved snap function. By this way the windows can be easily tiled horizontally as well as vertically. This snap feature can be access as per your preference whether you want to see snap windows or tiled windows. 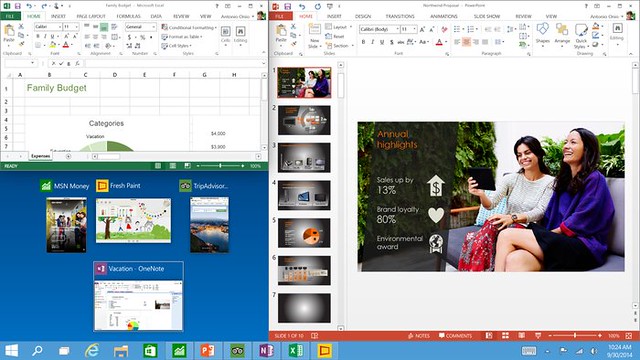 What do you say about this Microsoft’s Windows 10?

Marium Malick is a very skilled and competent content writer at Gadgets Informer. She has written many articles on different topics but her main focus is to write about Technology related stuff.
You might also like
reviewWindowsReviews
HTC First Mid-Range “DESIRE 526G+” Dual-SIM Smartphone Review:
Top 4 Affordable Tablets With SIM Calling Facility
Lenovo Smartphone Launches Vibe Shot And A7000
Top Five Text Message Replacement Applications for Android
iOS 7: Some Hidden Brand New Features
Snapchat Now Lets You Transfer Money With Its New Snapcash Feature
Be the first to comment!
Leave a reply »