16
Hacker Leakes Sensitive Data from HBO Server
Metal Fuel the Clean Fuel of the Future
Regi Robo – An Automated Robotic Checkout System
How To Speed Up Windows 10 With Three Most Easy Methods
Moto X Play Smartphone
Facebook Seeks Patent that Could Assign Fingerprints to Cameras
How to Download Videos from YouTube?
Top 5 File Sharing Sites to Send Large Files
Microsoft has Developed its Cloud-Based Services: Azure Cloud Switch (ACS)
Top 5 Interesting Facebook Facts You Must Know About
Most Downloaded Chrome Extensions Of 2015
Facebook is Officially Working on a Dislike Button
WhatsApp Needs Only 50 Engineers To Manage Their 900 Million Users
How to Secure Wireless Connection and Prevent Stealing of WiFi?
Canon Develops a New Sensor that can Read Material on an Airplane
Sony Warns its Users Not to Take Waterproof Xperia Smartphones Underwater
NAV
NAV
TOP 10
All Time
1
How to Merge SD Card Partition with Internal Memory: Android
2
Firmware Upgradation Trick for Samsung C6712 Star II DUOS
3
How to Move Apps to SD Card without Root
4
Most Downloaded Chrome Extensions Of 2015
5
How to enable USB debugging mode
6
Change Windows 8 Start Menu with Old Classic
7
Regi Robo – An Automated Robotic Checkout System
8
Step by step procedure of installing android OS on Personal Computer
9
Top 5 Interesting Facebook Facts You Must Know About
10
HTC EVO 3D Won’t Turn On After Unexpectedly Turned Off
previous
IBM Research URJAR: Using Discarded Laptop Batteries to Power Lights
random
next
Indians are the most addicted to Smartphones around the world, Says Global Survey
1070 views 1 like 0 comments

A new app has been launched which would allow us to make free calls on cell phones as well as on landline numbers free of cost throughout the world. Now you can make free calls to nearby eighty-five countries. This new app has come around us with the name of Call+ which is available on both Android and iOS devices. When you make a call through this app, it will show your existing cell number to the another end as a caller ID. 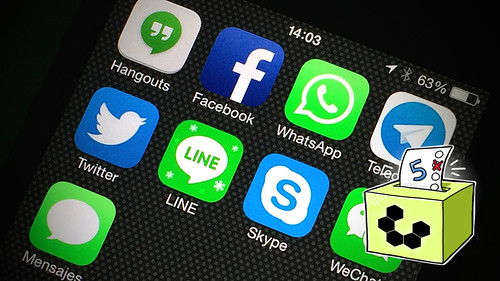 There are numerous apps providing the same service, but this app is much different from others as it has a new additional feature. So, the new most intriguing feature to inform you is that whenever you want to make free calls through any installed app on your device, it always required the same installed app on the other phone to which you want to call. But, with this new call+ app, you can still make free voice calls to the phones which do not have the app installed.

Isn’t it interesting? This really means that the person who does not have the call+ app can still get calls from anyone.

The call+ app is pretty beneficial especially for those who used to make international calls on daily basis. The app allows unlimited free calls to anyone in the entire continent of U.S and landlines in Mexico, China, and Brazil (including Brazilia, Sao Paulo, Rio de Janiero and Belo Horizonte). However, if you want to make calls to different countries then you have to buy various packages on offer. These packages are extremely cheap but there are some specific ways to bypass them and then you will be able to permanently use the service. You can also add free days of service to call India, Bangladesh, UK, Canada and many other countries.

According to CNET Review:

The app has been found extremely useful and its performance is much well. There are some missing features such as messaging but otherwise, the call feature is good.

By getting this news, I am quite sure that everyone would love with its new feature. This is completely free and unlimited: just download the app and start making calls all around the world. The call+ app is the next generation of calling application and it is available on Android and iOS devices for free.

You can free download the app from iTunes and Playstore respectively.

What are you waiting for? Go download this app and let us know with your opinion!

Marium Malick is a very skilled and competent content writer at Gadgets Informer. She has written many articles on different topics but her main focus is to write about Technology related stuff.
You might also like
NewsPlaystoreApplicationsReviews
Google New Logo Reveals for The Company
Apple To Replace iPhone 6 Due to Faulty Cameras
New Battery Can Charge Your Smartphones in 6 Minutes
Microsoft’s most loved Windows 95 completes 20 years today
Apple Is Updating Its Magic Mouse And Wireless Keyboard Soon
How To Install And Use WhatsApp Without SIM Card
Be the first to comment!
Leave a reply »