HTC EVO 3D Won’t Turn On After Unexpectedly Turned Off

Undoubtedly HTC EVO 3D is a really attractive Smartphone, Sprint continues their EVO series of Smartphones from which it was the first Android phone of this family. It has high definition 4.3 inch QVGA display screen with 3D Technology and you don’t even need any glasses to enjoy 3D experience.

Its features are not finished yet, The EVO 3D is more capable than just 3D Smartphone. It’s a durable solid Smartphone with 5 Megapixel 2D & 3D back cameras which can record 3D Picture and Video contents that can be viewed on any 3D LED TV as well. You can enjoy Applications and Games with its 1.2 GHz dual core processor and 1GB RAM, with its 4GB internal memory user have freedom to install as much apps and games as much he needs. I must say that its big battery can give you extra talk time. The phone comes with HTC Sense 3.0 which makes it really iconic device.

Despite all these features, on many forums and blogs I have seen a lot of people complaining about a problem that their beloved HTC EVO 3D Won’t Turn On After Unexpectedly Turned Off while charging or stand-by condition. Many of them still could not find a solution for this issue, lots of victims might have thrown their phones somewhere and would have been disappointed.

Today I will try to resolve this issue, actually this is neither a hardware issue and nor a software problem but it’s a kind of bug in Recovery system of phone which can easily be removed.

After you have completed the above mentioned steps, now we will start step-by-step procedure to alive your dead beloved HTC EVO 3D Smartphone again. 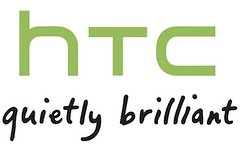 “cd C:\Program Files (x86)\Android\android-sdk\platform-tools” (This is the location where your Android SDK Tools will be placed)

5. Now type this command to reboot your phone’s bootloader:

Then restart the phone from bootloader screen, your phone will now back to life and will work normally as before.

If any of above mentioned tricks work for you please do not forget to comment or if you have any other trick then share with us so that others could be benefited.

Usman Tufail is already being active into the sphere of technology, He actually have invariably been gathering and creating different technology-related stuff to reinforce his capabilities and skill-set. He finally decided to open up a web blog with the name of Gadgets Informer to place all that stuff in this blog area to share his knowledge with internet users of all levels; amateur, intermediate or skilled, with the resources that square measure wholly free.
You might also like
AndroidguideHow Tolatest electronic gadgets
Top 4 Affordable Tablets With SIM Calling Facility
LG Announces Global Roll Out Of Its Funky AKA Smartphones
LG G4 Dual-SIM variants launched in selective countries
Top 5 Voice Recording Applications For Android
Intex Aqua N7 With 4-Inch Display Available Online
Best Android Camera Applications
Be the first to comment!
Leave a reply »